Home / Enliven Yourself: 10 Reasons Why You Should Learn Spanish 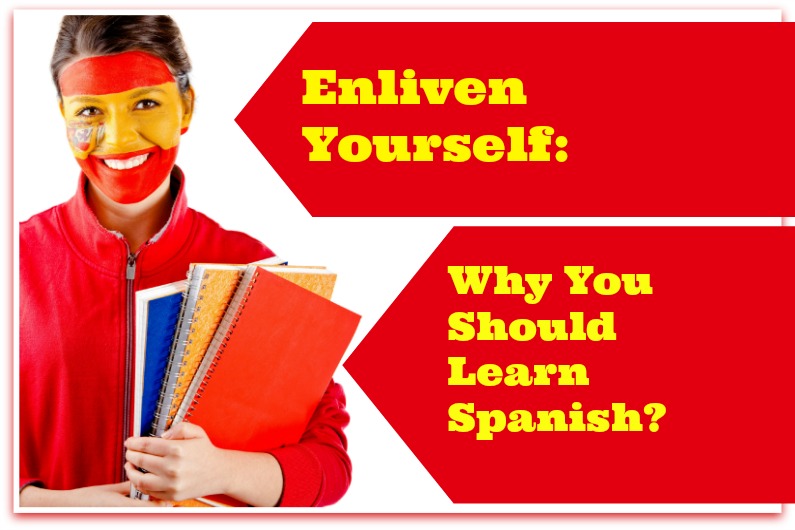 Spanish is widely spoken by almost 500 million people. That number will grow to a whopping 600 million speakers by 2050. Right now, of those 500 million Spanish speakers, there are about 40 million native speakers in the United States alone. It is also the second largest native language in the world and is currently standing as the third most used language in the internet. Who wouldn’t want to learn that!?

There must be hundreds of reasons why you should learn Spanish, but we have come up with the  ten most interesting rationale behind learning this language .

The first and most obvious is that it is EVERYWHERE! Spanish is widely spoken on 4 continents; it is the official language in 20 countries including Puerto Rico, a US territory. It is the most commonly used language in 4 different countries namely: the United States, Belize, Andorra and Gibraltar. The veritable number of people who speak Spanish with its fast growth rate makes learning the language an incredible choice! It has a commonality with English. Surprisingly, both languages are greatly influenced by Arabic with a distinct relationship to Latin. This means that Spanish and English are related in origin, sharing their vocabulary through cognates.  In fact, as you go through learning the Spanish language, you may already have familiarized yourself to an amazing number of 3,000 Spanish words! It’s a romantic language. Since Spanish originated from Latin, the language of the ancient Romans, it is known to be the “Romance Language”. There is absolutely no doubt that it has always been considered attractive and sexy to learn these so called romance languages like French and Italian. Moreover, acquiring Spanish as your second language may intensify your possibilities to l’ amour. The fourth reason to learn Spanish is for its medical aspect. According to research studies, learning Spanish and other languages makes a superb exercise for the human brain. It decreases your chances to illnesses like dementia and Alzheimer’s disease. Being bilingual also stimulates your brain due to activities in mental acuity. Simply genius! Spanish has academic advantages. It is known that learning a foreign language increases your chances to being accepted in different colleges. It is also likely that your fluency to speak Spanish makes it easy for students to get bursaries and study in a different country. Choose from about 44 countries where Spanish is widely spoken! It provides career growth. The more fluent you are in a second language like Spanish, the more chances you get to a career promotion. Who doesn’t get intimidated by a person who speaks Spanish and has that great understanding of a different culture? Think of who can best represent a strong organization on a stage in a global aspect. That should be you, right? It allows for international business relationship. Position your business to widening your global options. Learning Spanish can broaden your horizons by expanding your market to what you may have not considered due to language barriers. Fluency in such can take your business to about 30 other countries in the world. Think aboutinvestments and growth! Spanish provides you with in-depth travel experiences. Imagine hundreds of millions of people that you can freely talk to when you are traveling, making your journey richly independent and less stressful. Transform your experience when traveling and exploring places that you could actually enjoy as you communicate with Spanish speaking people all over the world, thus, moving yourself to a more active tourist role than that of a plain observant.  It boosts your cognitive personal development. Studies have shown that acquiring a second language makes a person become better at solving problems. Those who are comfortable in communicating in Spanish or other languages improve their critical analysis of thought as it utilizes cognitive skills. Be one step smarter and divergent in creative thinking.

Last, but certainly not least, it’s fun! It is extremely enjoyable when there are a lot of opportunities for you to have fun. Level up all the regular things that you do by reading a Spanish book, watching a Spanish movie, singing a Spanish song or even enjoying a great variety food at a Spanish restaurant!

Remember that as a beginner you may think that learning Spanish is intimidating, but it is actually easier than what you think.  Imagine that these are just ten reasons why you should learn it  and mastering it would be FIERCE! 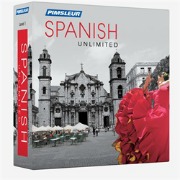 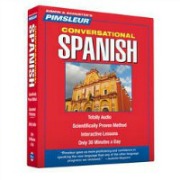 "For lovers of Spanish and other people who, with just a little bit of help, could very well fall in love with it!"

Astound everyone with a new foreign language.
Learn More