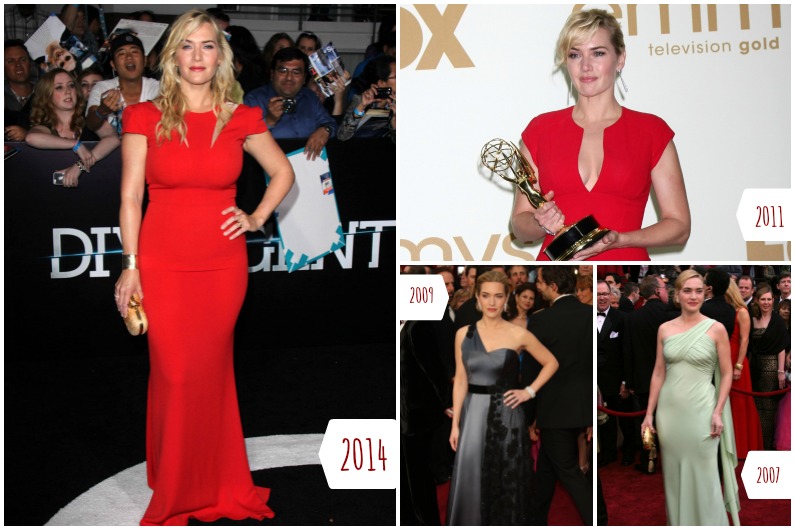 For many of us, Kate Winslet became our female hero by starring in the 1997 movie version of Titanic. Her chemistry with Leonardo DiCaprio’s character had grown women swooning. Now she is gaining similar acclaim from teenage girls across the country for her recent portrayal of Jeanine in Divergent. Though she is only in the movie for roughly 20 minutes, those 20 minutes may have added another spark to the Kate’s career. 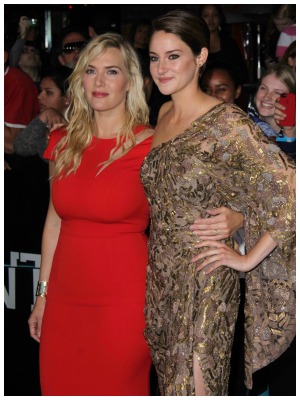 Kate on Inspiring Others:

Aside from her performance in this movie that is capturing the hearts of the country’s teenage girls, Kate is an inspiration to her Divergent co-star Shailene Woodley. The 22-year old actress and Kate apparently hit it off very well during filming. When asked in an interview by The Huffington Post whether or not Kate gave her young co-star advice on how to handle her newfound fame, she said she would not reveal any wisdom she imparted on Shailene but that she wasn’t worried about her.

Takeaway: “When you truly feel comfortable with your own imperfections, you will not feel threatened by what you see in other people.”
This is a far cry from many Hollywood actresses that may feel threatened by Woodley’s popularity among fans if they were in Kate’s place. She has, therefore, managed to inspire women of all ages and prove to them that younger actresses don’t always pose a threat to their older peers. She is on the radar of teenagers (including her daughter Mia, 13) who likely didn’t know or care who she was as an actress before the release of Divergent.

Women in their thirties, forties and even fifties are also inspired by the career Kate has had as well as her accomplishments as a mom and simply as a woman. Being a busy actress and full time mom to three children, Kate still finds the time to  maintain her curvy body and move full speed ahead in her career . In fact, Kate went back to filming Divergent six weeks after her third child was born. This required her to take breaks between filming scenes in order to produce breast milk for her newborn son.

Kate always live up to her beauty philophy: less is more. In her past interviews, she revealed: “In my early 20s, I had a much rounder face — puppy fat. Now, in my 30s, it’s more angular, and my makeup needs are different.” marieclaire.com

She was also generous enough to share some of her beauty and fashion secrets:

: “With a bright-red party lipstick, just go with lots of mascara and keep everything else clean. I love Lancôme’s L’Absolu Rouge lipstick, as it lasts. Unless you spend the whole night snogging, you won’t need to reapply it.” examiner.com

: Lancôme High Résolution Eye – “It helps reduce puffiness and dark circles. My mum loves it, too.”

: Tracie Martyn Amla Purifying Cleanser – “Mary-Louise Parker turned me on to Tracie’s facials. During awards season, I see her every couple of weeks — otherwise, I just can’t hold it together. This cleanser takes away redness and swelling from flying — or prosthetics. I went through several bottles on the set of ‘The Reader’.”

“I’m lucky to go in and out at the right places, proportionately that’s something I have inherited from my mother. I enjoy my shape and my curves. At the same time, you have to know how to dress… If you are hippy, then pleats off the waist? Forget it! You absolutely cannot wear them. It’s about knowing how to work with the right fabric.”

Related: Top 10 Beauty Tips for Women in Their 30s 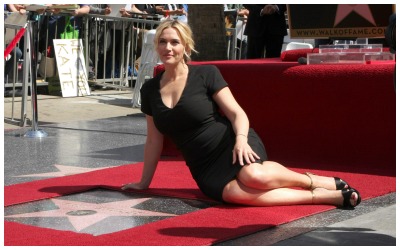 Proving that Kate and co-star Shailene have a wonderful fondness for each other the two women were seen embracing while signing autographs at the Divergent premiere. The young actress even called Winslet her “idol” at the Hollywood Walk of Fame event early last month where Winslet was presented with the 2,520th star.

There is not a trace of resentment or jealousy from Winslet towards Woodley, proving what a class act she is and giving women of all ages a reason to seek inspiration in her in the way she conducts both her personal and professional life at all times.

With her blonde hair and beachy good looks, it's easy to mistake our Entertainment Editor as a Southern California celebrity. But Karen is more than just a pretty face. She is an expert researcher, having previously worked in the biological sciences. As an editor for Sleek.ly, she applies the same dig deep rigor to uncover for her readers the latest insightful scoop on how celebrities find their sexy. Karen works directly with entertainers so that her content is always fresh and downright entertaining.