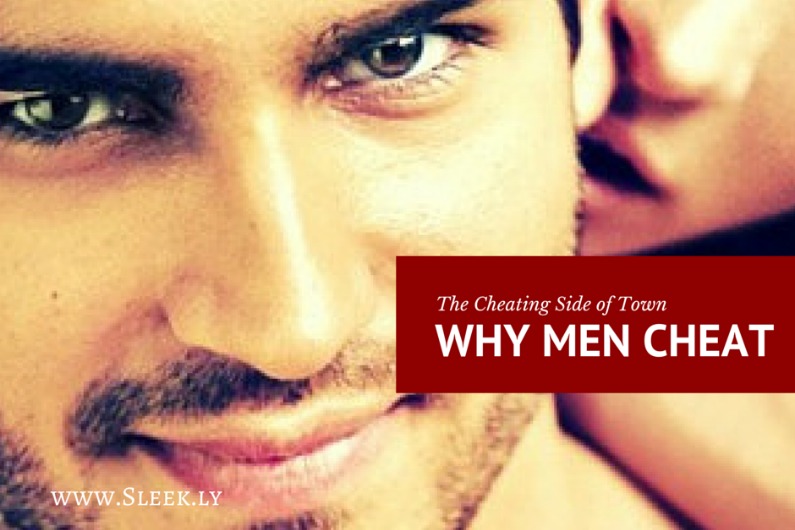 Infidelity, one of my favorite words… Just kidding. So, here you are reading this. I’m pretty sure this will intrigue you. I’m not going to count down 50 reasons why Men cheat. This will serve as an eye-opener for women like me. Well, I hope this will open your senses on the truth about the reality. There’s no such thing as 25 to 50 reasons on why men cheat. Honestly, there are just four. Four major reasons why. Let’s dig in and find out why they end up cheating.

The thrill of the chase

What is it between men and the chasing game? Well, they love it! First, it’s an ego booster. That means that they are proud of themselves, of being more attractive not for their wives, but for other women.. And these women are more attractive than his wife and so much younger. So, instantly when he notices a lady smiling at him, it adds bragging rights among his pals that he is still a hit with the ladies.

Then, here comes the adventure of getting caught. It’s an addiction much more powerful than heroine. Simply, because he’s already tied up with the woman he pledged to love forever and he is not willing to let her go because of the reasons he’ll never tell anyone. All he wants is to have fun and adventure! That part he misses most. Apparently, most men are turned on when they know they’ll get in trouble with what they’re about to do. It’s like adrenaline rush for them. Crazy but true. They like taking risks of being found out.

Having an affair gives him power. It makes him feel glorious to have two women or more want him. The attention that he gets from these women feeds his selfish heart,which makes him greedier every minute. It’s sad that he gets his inner happiness by taking advantage on women’s vulnerable side.

NO is never his option. He’s popular among ladies, and you fell in love with his boyish ways. Like you, other women love his boyish charms. It will all start with an innocent flirting. Then, she’ll invite him for a couple of drinks, which he can’t turn down because his friends are pushing him to take advantage of the opportunity.

These kinds of men are pleasers. He likes to please everybody. He just goes with the flow. He is way too good in keeping things from you because he looks so innocent and everybody loves him.

Sex is very important in a relationship. Before you go ballistic take your time and imagine yourself as a man. Men’s sexuality is more active than most women’s. I say most, because majority of women tend to focus more on feelings then on physical attraction. Sadly, most men, who can’t get any action in bed from his wife or girlfriend, will end up getting it from someone else. Let’s face it lying down and have him stick it inside you is not really a huge turn on. Well, technically it is still sex because physically it’s penetrating but it’s not what he’s looking for.

He wants someone, who will interact sexually with him. Someone, who can make him feel like a man again.

He doesn’t Love YOU

This is the worst. The thing about cheating is that you don’t really care if he is cheating on you, unless you really love him. That is also applicable for him. You see, some men will never hold back to have an affair with other women and they don’t care if you find out, simply because, he doesn’t love you.

Love, like I always say, is just a state of mind. It never lasts. It’s a feeling fueled by trust, loyalty and honesty. It’s just a word to describe a feeling. A wonderful feeling, towards someone you really like. But when you dig deeper you’ll find out you really stick to that person, because he never fails to make you wanted. He makes you feel special. He’s very loyal to you and he never betrayed your trust.

But in his case it’s different. Everything is wrong. He doesn’t seem to care what on earth is going on with your marriage. He’s more out with friends than spending time with you and your family. He’s more eager to pack his things and hit the road than patch things up with you.

If this is the kind of situation you are in then let him go. He’s not worth the time and efforts. It’s not you, it’s really him.

Whatever the reason why he cheats is or why he cheated, it all boils down to one thing. Your trust was betrayed by the man you swear you’ll love and cherish until the rest of your days. Do you have the patience and trust to start all over again?

Grab this guide to recovering your sanity after infidelity! 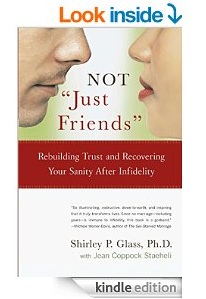 The discussion of love and relationships for the modern woman can be daunting and one sided. Many women feel like their opinions and ideas about relationships are not being heard. ChaCha heard those cries and delivered a bold new solution within the pages of the witty and informative new magazine Sleekly. Sleekly magazine is the premiere magazine that will tackle the topic of relationships. ChaCha has a deep passion for writing smart and sexy commentary that makes her readers laugh and think all while being fun. She understands that women need real life advice about relationships. As one of the editors of Sleekly magazine her job is to create a publication that speaks to the beautiful,intelligent, and ambitious young woman who wants a deeper insight into love and relationships.